iPhone X vs iPhone 13: Is It Worth Upgrading?

The iPhone 13 is here. And with that in mind, a new question arises: is it worth upgrading it? The iPhone X was one of Apple’s more significant design evolutions. A design that remained in the following releases due to its uniqueness and beauty. Indeed, the iPhone X and the iPhone 13 have essential differences beyond the performance and quality of their camera.

Not every Apple user upgrades their devices every time a new model appears. Moreover, some of them wait for a refurbished iPhone when they wish to acquire a new model. This way, they can save money while giving new life to a pre-owned device and contribute to CO2 emissions reduction.

In this post, we want to share all the differences that you will find between the iPhone X and the iPhone 13 so that you can correctly decide if it is really worth taking the leap or not. Stay with us.

We want to put on the table the purely technical data of the iPhone X vs the iPhone 13. This way, you can have an approximate view of what we will show you in the rest of the article.

As you can see, both devices have significant differences regarding their display, battery, camera, and processor speed, among others. The iPhone 13’s redesign, while it is not huge, can surely make a difference when you hold it. Let’s see everything in detail, shall we?

The screen is one of the fundamental aspects of an iPhone and any device. It’s the element we are always in contact with. Therefore, manufactures and users alike are very demanding in terms of the quality of the smartphone’s screens.

The first thing worth mentioning about the iPhone 13 is that its screen is larger than the iPhone X’s. While the latter has a 5.8-inch screen, the former has a 6.1-inch screen. But, not everything is about size. The evolution of the iPhone 13’s screen is also remarkable concerning brightness.

The screen of the iPhone X is a Super Retina HD, while that of the iPhone 13 is a Super Retina XDR, both with OLED technology. The maximum brightness reaches only 625 nits in the X model, while in the 13, it goes up to 800 nits or even 1200 nits with HDR content. Both feature True Tone technology and a wide color gamut. Finally, it is worth mentioning that the resolution has also improved, although slightly in this case.

The design is the most noticeable change between one device and the other. As we mentioned before, the iPhone X was the model that undoubtedly introduced the most changes since the first iPhone. And this is not only regarding the design; it also implied a new way of using your device through different gestures. iPhone 13 inherited the renewed design that occurred with the iPhone 12 generation.

iPhone X and iPhone 13’s appearance may look similar, but the latter has more squared edges. This indeed reminds us of the old iPhone 4 and 5 models that made users fall in love the first time. Even if it seems like a minimal redesign—and it can be—, it completely changes your feeling when holding the phone in your hand.

In addition, the notch is now 20% smaller. The functionality is still identical; you can expect the same great TrueDepth camera system and Face ID. The notch, however smaller, may still be a distraction for some users who use white background apps in portrait orientation, such as Gmail. At the same time, the power button, the ringer switch, and the volume buttons are placed slightly lower compared to the iPhone X.

The improvement in terms of photography and video lies in the lenses of the devices and the chips. The iPhone X has the A11 Bionic chip, while the iPhone 13 enjoys the A15 Bionic, an evolution that, without any doubt, makes the difference. With the iPhone 13, you can also enjoy features like Night mode, Deep Fusion, and the Apple ProRAW functionality—the latter only found in Pro and Max versions.

Apple has always been able to perfectly optimize the performance of their iPhones and devices in general, which is one of their strengths as a company. However, the differences between the two of them won’t be that noticeable for users who make more or less normal use of it.

Ah, the battery. That is the neverending worry of a smartphone user and, obviously, of an iPhone. The battery life of an iPhone has been called into question multiple times. Now, Apple has been trying to improve the autonomy of its new devices. For the iPhone 13, this means a considerable improvement, even so considering the size of 6.1 inches.

If we look at official data, we see how video playback on the iPhone X can reach up to 13 hours, while on the iPhone 13, it increases to 19 hours. The same goes for video playback, which in the X model reaches up to 60 hours while in the 13, it increases to 75 hours. These numbers are quite considerable, and if you want the best of the best in terms of battery, iPhone 13 Pro Max is the king of the hill.

About charging, iPhone X has a Lightning port and the possibility of using wireless charging features that the iPhone 13 also has. The newest model adds one more alternative: charging the device with MagSafe technology and its compatible accessories. In any case, both models enjoy fast charging and can charge up to 50% of the battery in just 30 minutes using a 20W or higher power adapter.

All iPhone 13 models include 5G connectivity, while the iPhone X doesn’t. It might not be something to consider shortly after the iPhone 13 release since the 5G network is not fully developed yet, especially in some countries. Still, it will be important in the future.

It is also worth mentioning that the iPhone 13 is equipped with the Apple-designed U1 chip that has Ultra Wideband availability. It supports AirTags tracking, which allows you to track personal items with an iPhone or other Apple devices.

In any case, if you know that 5G connectivity is not primordial for you right now or in the years to come, you can pay attention to the other upgrades mentioned in this article that could satisfy you better.

The iPhone 13 vs iPhone X battle has a clear winner, and this is not a surprise. The iPhone 13 is a better phone than the iPhone X in every possible way. Its performance is exceptional, it has a better and more robust screen, the camera’s improvements are outstanding, the battery life has been increased significantly, and the smartphone supports 5G connectivity.

Is it worth upgrading? The short answer is: it depends. You’ll get all these fantastic features by buying an iPhone 13, but maybe an iPhone X is enough for you. Consider what you are looking for in your new smartphone and if any of these new features —including 5G connectivity for the mid and long terms—are worth your money.

The release of the new iPhone 13 may drive the iPhone X prices down. The iPhone X is discontinued from the official store, but you can still buy a refurbished model here on RefurbMe. We list great deals from refurbishers like decluttr, Back Market, Gazelle, ItsWorthMore, and many more.

The iPhone X was a very forward-thinking smartphone for its time, and it was one of the greatest Apple breakthroughs. Features like a front-filling OLED display, Face ID authentication, wireless charging, a fast, capable processor, and an excellent dual-lens camera conforms to the description of a competent phone nowadays.

If you are still interested in buying an iPhone 13, think about purchasing a refurbished model here on RefurbMe, which will help you save money and contribute to boosting the circular economy.

A refurbished model has the exact same functionalities as a brand-new one and includes a warranty. If you want to know more about what refurbished means and how it is done, read this article.

Thank you for visiting us, and good luck!

CEO and Founder at RefurbMe. I made this project back when I was 15 when I had to wake up at 2am to buy my own refurbished Macbook Pro. Passionate about circular economy, great UX and goats. 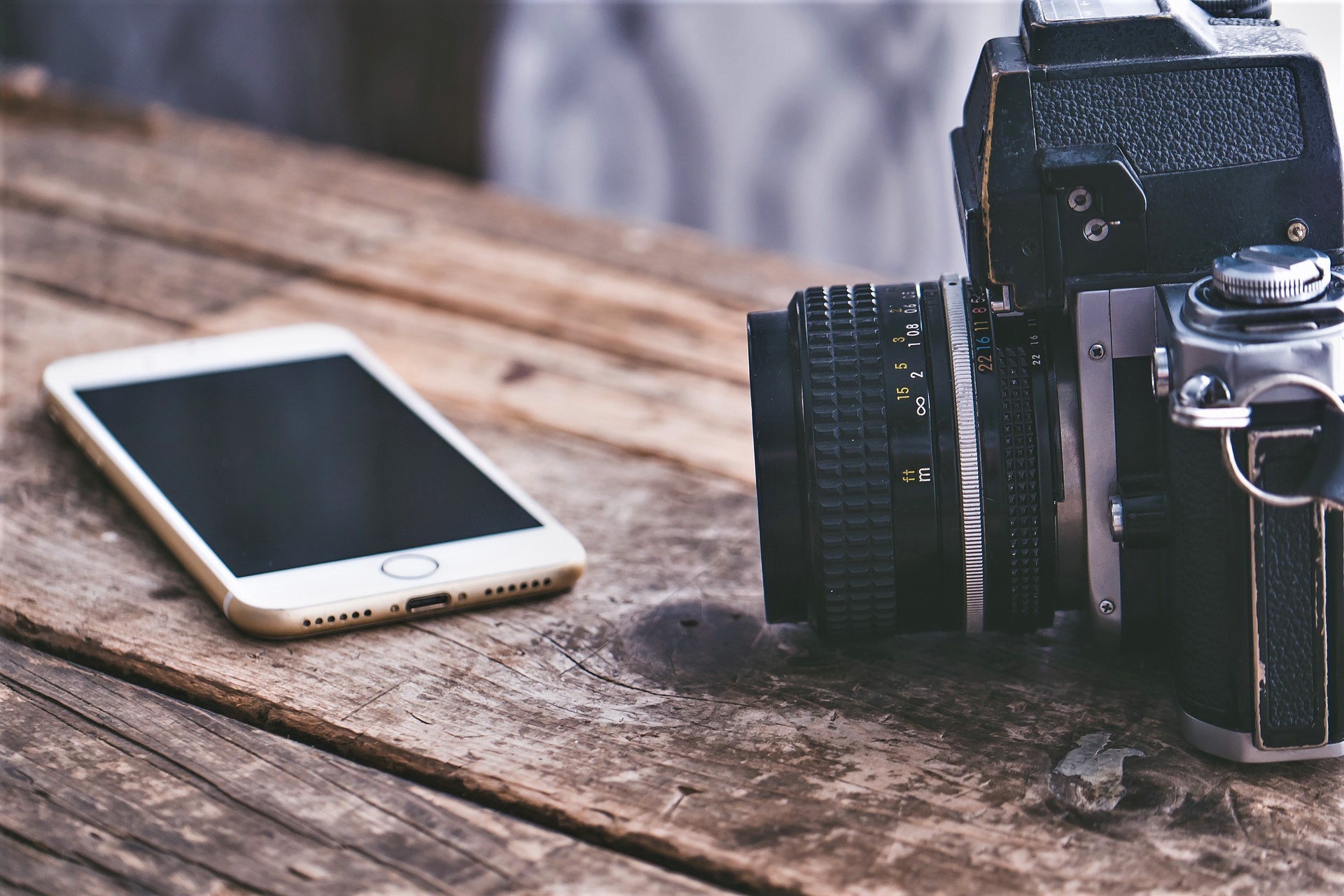 How to Transfer Photos from iPhone to Computer

iPhone X vs iPhone 13: Is It Worth Upgrading?
Share this